In Part I of this three part series, I outlined the process that a patient must follow to legally obtain medical marijuana. Here in Part II, I trace some of the absurdities and hypocrisies associated with this process. There are so many that a forthcoming Part III will be necessary.

So here are some follow-up questions regarding the process. I’ve tried to give a straight answer and then continue with my own snarky analysis.

What forms of medical marijuana can be dispensed?  Vape pens, dissolvable capsules, tinctures, and gels.

No smoke?!? No toke?!? No joke. Under Senate Bill 8A, a physician cannot recommend buds, joints, or any form of marijuana that can be smoked. John Morgan, of the law firm Morgan & Morgan and Chair of People United for Medical Marijuana, has filed a lawsuit challenging what he sees as the state’s undermining of Amendment’s 2 intent which was to allow physicians to decide which form of cannabis to recommend while also allowing a prohibition against smoking in public. I think he’s right and hope he wins.

Why can’t my own physician recommend medical marijuana for my treatment?  It’s by his or her choice.  To become state licensed, a physician needs only to hold a license from any medical discipline (e.g. a podiatrist), AND take a two hour online course that currently costs $250. That’s it.

I admit that I haven’t viewed the two hour online course, but this sure seems like a very low bar to meet in order to qualify. So why don’t more physicians who regularly treat people who suffer from the “qualifying conditions” have the state certification to recommend medical marijuana? I can think of several reasons. First, marijuana whether clinical or not still holds a stigma within our culture and physicians don’t want to be associated with it. Second, most physicians treating patients who have one of the “qualifying conditions” rely on traditional (and not coincidentally profit-enhancing) treatments like surgery, physical therapy, or prescription drugs recommended by Big Pharma. Third, physicians often claim that there is insufficient scientific evidence (as opposed to anecdotal evidence) of the curative effects of clinical marijuana–a claim that should be taken seriously except that the federal government has greatly curtailed such studies (and why will be discussed in Part III).

The result is that patients must attempt to find a recommending doctor on their own. From the people I’ve spoken with, this is daunting and can be downright frightening. Some physicians will not book an appointment until their consulting fee (ranging from $250-1,000) is paid either in half or in full. Some travel throughout the state and hold their consulting appointments in hotel rooms or other rented spaces. People are fearful that they are being ripped off or lured to a place where they will be endangered. Yet many go. It tells you something about the desperation and the uncomfortable position that the state regulations have placed them in.

Why are there so few medical marijuana dispensaries?  Florida has chosen to limit the number to 12.

But Florida has also chosen to treat dispensaries differently than other businesses that provide meds. So I’d like to question why providers of medical marijuana are called “dispensaries” and not “pharmacies.” Distinguished by different names, they can now be subjected to regulations that limit their number, limit their locations (heavens, not by a school!!!), and limit their suppliers (to those in the state). Imagine the same regulations applied to CVS, Walgreens, Publix, and every other pharmacy that prescribes opioids. It makes you question whether  lawmakers really believe that marijuana can be medicinal.

Why all the hurdles for patients to jump? Florida has placed the obstacles in order to safeguard that medical marijuana is not abused, e.g., by making it available to those without medical needs approved by the state.

But to me this is disingenuous. These obstacles reach beyond that goal and this is by design, not accident. I think they are inspired by lawmakers’ rejection of what the people of Florida decided–that medical marijuana should be available to suffering patients.

As I pointed out in Part I, I would have an easier time legally obtaining a gun or oxycodine than I would legally obtaining medical marijuana. If I wanted a gun, I could buy one at a gun show and take it home today. If I needed a prescription for excruciating pain, I’m pretty certain I could have the meds within five days. But if I need medical marijuana to ease my pain or symptoms, it will take months to get it. I’ve first got to find a new qualifying physician and then wait for an appointment for the consult (and some people wait for weeks); then I need to apply for my FL medical marijuana card (that now takes the state 4-6 weeks to issue); then I have to find one of the few operating dispensaries and drive to it or wait until they can deliver my clinical marijuana.

Those patients who are willing to conquer the hurdles and wait to legally obtain clinical marijuana must ask themselves whether it would be more cost effective and time efficient to go to an illegal dealer instead. So the hurdles put in place by the state might in fact work to undermine the objective of giving patients access to LEGAL medical marijuana.

Why can’t I use a charge card to pay for clinical marijuana and its associated costs and why won’t insurance companies cover it? Because under federal law, medical marijuana is illegal.

Stay tuned for Part III as I explain this contradiction in law.

Bloody feet, sisters, have worn smooth the path by which you have come up hither. —Abby Kelly Foster, 1850.

Regardless of the outcomes of today’s elections, I want to take a moment to reflect on and to thank all those both living and dead who worked so hard and took such risks to expand and protect the right to VOTE. [But here is also a gentle reminder that this is a work in progress given state voter ID laws and state laws that deny the right to felons even after time served.]

Here are my top two people to thank (please, please add your own!!!) 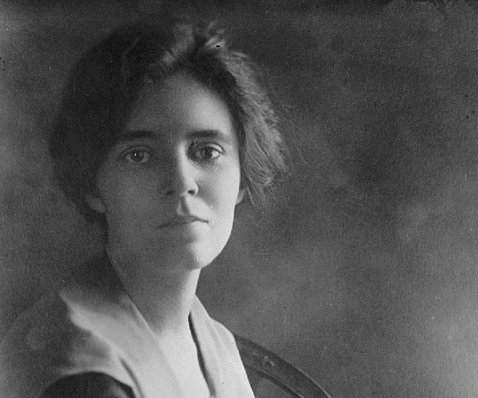 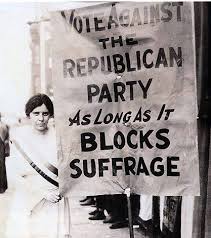 In order to secure for women the right to vote, she engaged in a campaign of “militancy.” She organized and engaged in a silent picket of the White House for 18 months, beginning in January 1917. She was arrested  and jailed in October 1917 for having the audacity to engage in “unpatriotic” protest during WWI–ironically as the US fought for democracy around the world. Once jailed, she went on a hunger strike, and her jailers force-fed her (a ghastly procedure akin to torture,) and when she was finally released, she rejoined the picket line. Once suffrage was secured in 1920, she authored the original draft of the Equal Rights Amendment.

But let’s also remember the unnamed others: the 1000s who picketed, the 500 who were arrested,  the 168 who went to jail, and the many women and men who worked for 70 years in order to push forward the passage of the 19th Amendment in 1920. Thank you all. 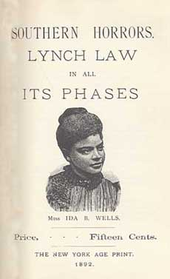 Both a journalist and an activist, she documented the abuses suffered by black people in the Jim Crow South after the passage of the Civil War Amendments: the 13th (end of slavery,) the 14th (equal protection,) and the 15th (voting rights secured for men only.) In particular, she exposed how lynchings were used to control the black population and to deny them their civil rights. She was also an active supporter of women’s suffrage and joined political marches even when some of the white women asked her not to because of her race. She challenged others to see a more expansive notion of equality.

Please add the name and story of who you wish to remember today, Election Day November 8, 2016.

On August 17 we were two of about 100 people who attended the Hot Topics Forum on Zika that was sponsored by our excellent local newspaper the Herald-Tribune.

Rather than summarize the points made (check out reporter Maggie Clark’s August 18 article at http://www.heraldtribune.com), we offer here our reactions to and thoughts about what we heard—and didn’t hear.

Sasha:  This is such a difficult issue to present, especially for a city that counts on tourism. On the one hand, panelists encouraged public awareness and taking steps to avoid Zika transmission whether by mosquito or sexual transmission.  There was also support for additional research but also concern that the US Congress did not allocate the $1.9 billion asked for by the CDC. Don’t panic was the general message. On the other hand, the risk to pregnant women of giving birth to a baby with microcephaly, little knowledge about the neurological damage that might not show in the infected for years, no crystal ball for how this will play out and whether it will eventually spread, and with the probability that the lack of funding will delay the development of a vaccine, we should be very concerned indeed.

Jack:  The potential impact of the virus spreading when people leave the Olympics and return home was mentioned, but one huge omission was Puerto Rico (a commonwealth of the US whose residents are US citizens). Given that, it should be of concern that over 11,000 American citizens living there have Zika, the territory is bankrupt, and the US is ignoring them. If we said that 11,000 people were infected in Florida, believe me, the Congress would act. It is being projected that Puerto Rico may have as many as 800,000 cases by the end of the year.

Sasha:  I learned a lot from the panelists, mostly because they brought together points that were on the periphery for me. For example:

I knew that mosquitoes could infect humans; but I had missed that once-infected, humans could pass on the virus to other mosquitoes who would then pass it on to other humans, and so on. In addition, the type of mosquito that carries Zika likes to bite several hosts rather than feed on one. Eeek.

I knew that Zika could be sexually transmitted, but who knew that although women carried the virus for perhaps as many as 8 weeks, that men could carry it in their semen for up to six months. [Question: How on earth, then, can we be sure that the virus can be contained within Miami’s zone of infection without also “containing” sexually active men? Wow. This would be a new twist on reproductive and sexual freedom, no?]

Dr. Vilma Vega introduced the issue of whether Guillain-Barre syndrome, which harms the nervous system, could be linked to those who had Zika years earlier. So rather than experiencing short-term flu-like symptoms and being done with it, Zika could pose a much greater danger for all those infected.  END_OF_DOCUMENT_TOKEN_TO_BE_REPLACED