While humans scanned the skies for the path of Irma

I weathered my own crisis here on terra firma.

A whirling dervish who bites, chews, and pees

His name is Koda, a little Cuban Havanese.

A mini me, but don’t assume I’m his mother

My humans informed me:  he’s my new “brother.”

I thought at first he was a storm victim, a guest,

But he’s here to stay, the shark-like pest. 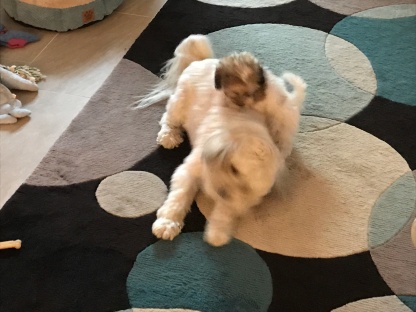 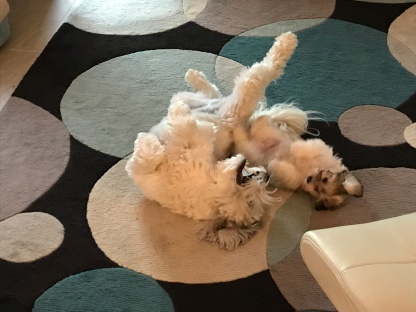 He hangs from my tail, and eats from my bowl,

Over elimination, he has no control.

He squeals like a pig when he’s left alone 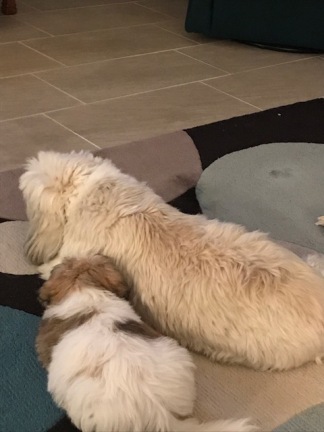 But he’s willing to play and likes tug-of-war

My place is the sofa, he likes the floor.

And the boy’s got style when he copies me.

But wait…what is this fresh hell?

Not another young pup to guide all lifelong!

Whew! Not ours, but belongs to Cat Armstrong.

One thought on “Salty Dog: Oh, Brother! (by Karma)”