The Sarasota County School Board recently announced that it had chosen to replace out-going superintendent Lori White with Todd Bowden, the 45-year-old executive director of Career, Technical and Adult Education for the Sarasota Schools. After an extensive national search, lo and behold!!! the best candidate in the entire nation just happens to be right here under our noses. School board members praised Bowden for “know[ing] our district’s issues completely.” Well, duh, no kidding. Was that attribute in the ad for the position? 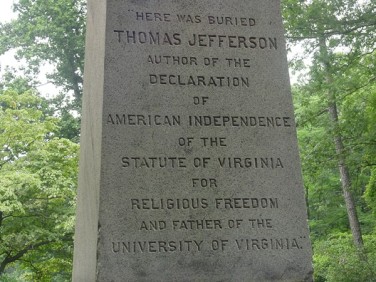 Meanwhile on a hilltop overlooking Charlottesville, Virginia a tremor startled residents as Thomas Jefferson rolled over in his grave. Why, you may ask?

Thomas Jefferson was the first American politician to advocate for public education; in fact, he developed a ground-breaking theoretical justification and structure for education. He contended that a well-educated citizenry was crucial for the creation and maintenance of democracy. If we could educate citizens to understand the world and their place in it, and if we could provide citizens with the skills of reasoning and critical thinking, we might be able to sustain what was then a bold experiment—democracy. Jefferson believed that democracy was not dependent on structures like

checks and balances or political elites, but on a vigilant, well-educated public.

At the time public education was a radical idea. In his writings that were crafted in his study at Monticello he sketched out a system of education beginning early in life and culminating in a university education that revolved around studying and understanding the classics. By studying the arts and sciences citizens would become reflective, critical thinkers who could act upon their world to transform it. In other words, the health of democracy was based on a broad, liberally educated (in the classical sense) citizenry. Education would open one’s mind and, in the process, benefit democratic society by creating active democratic citizens.

But the tremors did not fade out in Virginia, instead they traveled up the East Coast. The island of Manhattan also experienced the quake as educational philosopher John Dewey likewise rolled over in his grave. Building further on Jefferson, Dewey envisioned education as helping students realize their potential, not as cogs in the capitalist machine, but as human beings who, through education, could work toward the greater good of society by discovering their own potentials. Dewey rejected the idea that education should provide students with a set of pre-determined skills (job training) and instead education should be a catalyst for social change.

Is this lofty vision of education what Superintendent-to-be Todd Bowden embraces in Sarasota? Well, not exactly (in fact, not at all).

Todd Bowden doesn’t think much of educating people to be democratic citizens; he doesn’t seem to be interested in opening up the minds of young people; he doesn’t pay much attention to critical thinking; he seems unaware of how education can develop morals and values; he doesn’t seem to think much of classical education. Todd Bowden’s vision of education is to train people for jobs, to be cogs in the inherently anti-democratic “machine.” Here is what he said: “I talk regularly about why we educate, and we don’t educate for education’s sake. We educate with a workforce development mindset so that all our students can be financially independent. So that they graduate not just with academic skills, but skills that translate into the workforce. . . it is the core of what we do.”

How’s that for a lofty vision of education?

Alas, the Sarasota School Board seemed to be impressed with that “vision” of education. He received unanimous support.

I probably shouldn’t be shocked as the future Superintendent Bowden is in the mainstream of “educational philosophy” in Florida. Led by Governor Scott who similarly believes that the major purpose of education is to train people for jobs (note his “Degrees to Jobs” initiative) the vision that dominates education throughout most of Florida is job preparation. Training people for jobs is training people to fit into an authoritarian system, to obey rather than question, to keep silent, and to accept ethically questionable activities (e.g., Wells Fargo).

Democracy needs citizens who possess the understanding and skills necessary to behave democratically. If we don’t start developing those attributes in school, where will we do it? 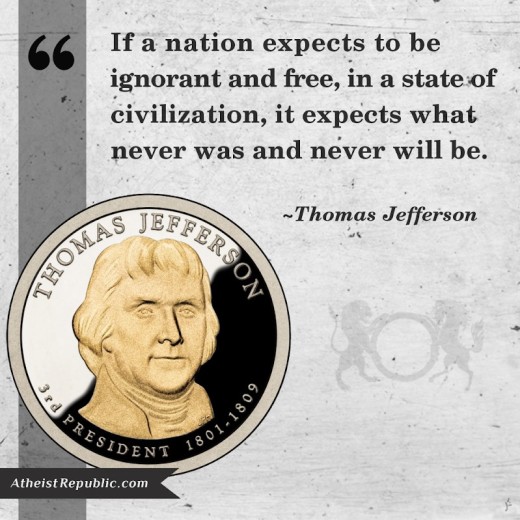