A number of Sarasotans have raised concerns about The VUE (and the adjacent Westin hotel) that are being constructed at the corner of U. S. 41 and Gulf Stream Avenue. Mumblings have been heard in local bars along the lines of “the view for who?” and even my mild-mannered wife, Sasha, has likened the massive hulking structure to a Klingon Bird of Prey, saying that it casts a dark shadow of death on Sarasota.

But, like most things in life, there’s another side to the story. Back in April, Gretchen Scheider, general manager of planning and development for the City had the unenviable task of defending the building. Invoking the name of Andres Duany she claimed that the building was consistent with New Urbanism principles because New Urbanism recommended buildings that were closer to the street in order to create a more walkable feel and a better interaction between the pedestrian and the building. 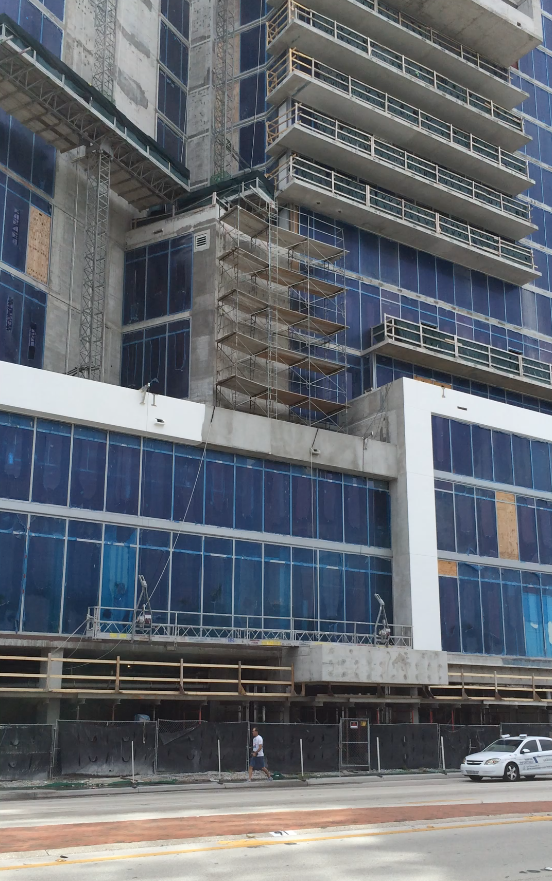 With all due respect to Ms. Scheider, she’s cherry-picking the part of New Urbanism she needs to justify a really bad decision to allow The VUE to be built using the design they are using. While it is true that New Urbanism recommends that buildings be closer to sidewalks, that principle only makes sense if many of the other aspects of New Urbanism are also present.

The essence of New Urbanism is to create attractive urban environments that nourish the human spirit, where the architecture creates a sense of place, and where buildings are built to human scale. To do this you should slow down the traffic on streets (even eliminate automobile traffic on some streets), have mixed use buildings, encourage the use of green transportation (walking, bikes, scooters, etc.), and link sidewalks with public spaces where diverse types of people (young/old, rich/poor, etc.) freely interact. The VUE violates all of these principles. But, wait! It’s even worse than that.

To really understand what is happening with The VUE I suggest you take a look at its own website (www.vuesarasotabay.com) to see what is really being planned. Behind that massive structure you will find an oasis for the well-to-do. Condos sell for between $1.5 million and $3.4 million. But, look what you get for your money.

There are beautiful green spaces, tennis courts, spas, an outdoor pool overlooking Sarasota Bay (elevated above street level so you don’t have to see pedestrians walking by), an up-scale fitness center, private meeting rooms, a pool-side grill, and even a rooftop doggie park. The idea is to wall off The VUE’s residents from the Sarasota riff-raff. Alas, this is far from New Urbanism. This is American development at its worst. The building alienates not just pedestrians but drivers as well, it walls off a segment of the population from interacting with others, and rather than connecting with public spaces it creates “counterfeit public spaces” behind enormous walls.

So rather than an example of New Urbanism, its sole defense seems to be:  it is within code! Which begs the question about the purpose of Sarasota City codes.

One thought on “New Urbanism and The VUE (by Jack)”